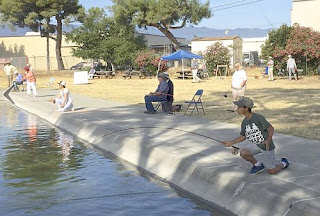 The American Casting Association will hold it's 110th annual National Casting Championship July 25-28 at the Valparaiso Casting Club in Valparaiso, Indiana. Most of the top casters in the world - both fly and conventional - will be on hand to compete for distance and accuracy. Among the many events are Single Hand Distance, Two Hand Distance, Trout Accuracy and others.

For two decades after World War II, competitive casting in the United States was a big deal. While it may have lost much of it's appeal domestically, it remains very popular in Europe. However, the USA has it's stars. Steve Rajeff and Henry Mittel have dominated much of the competition, setting world records in fly casting. And in 2015, 11 year old Maxine McCormack brought national attention as she broke several records. In 2016, she won the world casting title while competing with the USA Team in Estonia. Her emergence has reinvigorated interest in the ACA Nationals.