The saga to protect one of the ocean’s most valuable forage species continues this Spring in the Louisiana Legislature. CCA Louisiana, The Bonefish and Tarpon Trust, the FFI Gulf Coast Council and many other conservation groups are working in support of House Bill 1033 by Rep. Joe Orgeron. This bill would require weekly reporting of menhaden catches as well as establish limits on menhaden harvesting on a tiered distance from shore.

To understand where we are, a quick overview on this issue:

… and a history of how we got here…

So now the legislature takes up HB1033. It’s different than HB535 in that it still allows harvesting within a half-mile, but places a very restrictive quota.  HB1033 sets the following limits:

Meanwhile, Senator Hengens has filed a bill favoring his harvester allies. SB447 would only require weekly reporting of harvest with no other restrictions.

We ask all fly anglers and conservationists to contact their state representatives and senators and ask them to SUPPORT HOUSE BILL 1033. 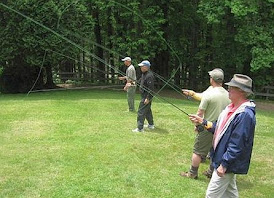 We all love to fly fish, but the learning curve can be quite steep if you don't have someone to help guide through the tackle, terminology, and most important, the casting basics. For those looking to get into this wonderful sport, we have several opportunities coming up where personalized hands-on instruction is available... in most cases at no cost!

The Kisatchie Fly Fishers will host their 8th annual "Fly Fishing 101" on Saturday, April 23rd at Booker-Fowler Hatchery on Joan Stokes Rd in Forest Hill. Time is 8:30am to 12:30pm. There is no cost, but registration is required.

The agenda includes fly fishing overview and terminology, hands-on casting led by FFI-Certified Instructors, hands-on knots and leaders, discussion of equipment and accessories needed for fresh and inshore saltwater fishing, and different types of flies for various fish.  For complete details or to register, go to www.kisatchiefly.org and click on "FF101".

The Orvis store in Baton Rouge conducts introductory fly fishing clinics throughout the year at their store at 7601 Bluebonnet. Time is 8:00am to 10:30am. Orvis FF101 is a one day, 2.5 hour clinic designed to introduce the basics of fly fishing and fly casting.  It includes hands-on rigging and casting instruction. There is NO cost, but pre-registration required as class size limited. For more info, call (225) 757-7286.  Or to register online, CLICK HERE.

The Acadiana Fly Rodders of Lafayette are planning to hold a "Fly Fishing 101" clinic later this year (early September appears likely). The format will be very similiar to the one conducted by the Kisatchie club as described above.  Keep checking their website at www.acadianaflyrodders.org for

F3T coming to Lafayette this Saturday 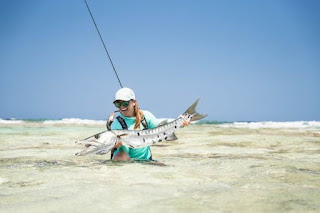 Pack & Paddle in Lafayette will again host their annual showing of the Fly Fishing Film Tour (F3T) along with their popular "Fly Fishing Hangout" prior to starting the films. Tickets are $20 in advance and at the door (if not sold out already).

The Hangout will feature fly tying demos, casting games, snacks and beer, and more. Many of the top fly anglers from across south and central Louisiana will be on hand for those looking for a little advise.

The films will kick off between 5 and 5:30. These collection of short films run the gamut from coldwater steelhead to jungle streams of aggressive fish, to personal stories of inspiration, to conservation issues and victories. If you've not been to an F3T event in recent years, it's a far better production than the early days of primitive filmmaking and anglers yelling "boo-yah" into the camera after every catch (there's an occasional boo-yah left, but you can count on one finger).