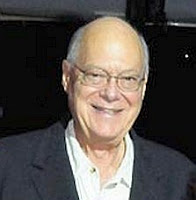 I received some sad news while on my fishing excursion to Arkansas the past week. Last Wednesday, Maumus Claverie Jr, a.k.a, "Timau" Claverie - a giant in marine conservation - passed away at the age of 82. Timau had a distinguished career as an attorney, and equally important, as a tireless conservationist.  For decades he served with the Coastal Conservation Association (CCA), Billfish Foundation, IGFA Board of Directors, New Orleans Big Game Fishing Club, and FFI Gulf Coast Council, to name just a few. He also served on the Gulf of Mexico Fishery Management Council, the National Marine Fisheries Service's Advisory Committee for Highly Migratory Species, and on the U.S. Advisory Committee for the Conservation of Atlantic Tunas. Recently, Timau was honored with the Billfish Foundation's Rybovich Lifetime Conservation Award.

Timau was also an avid fly fisherman and an active member of the New Orleans Fly Fishers. An excellent fly tier, his obituary stated that he was tying flies the day before his passing.

Timau and I served for many years on the CCA-Louisiana Science Committee, of which he was chairman. I recall the early days of those meetings. Perhaps it was his experience as a lawyer, or his quick wit and sharp mind, but we were all glad he was on our side in the preservation of coastal resources. Whatever argument was thrown our direction, in terms of allowing antiquated fishing practices to continue, he would crush them in a few sentences.

Our prayers and wishes are for him and his family.  He will be sorely missed.
Newer Post Older Post Home