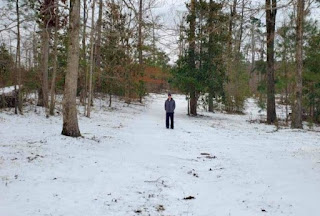 The coldest outbreak since Christmas week of 1989 has socked Louisiana and Texas with record low temperatures and combinations of snow, ice and freezing rain. Snow pack this morning ranges across western and north Louisiana in varying amounts, with Monroe getting nearly 5 inches! Sleetstorms with thunder and lightning were reported across parts of southeast Louisiana as far south as Houma.

The record cold is expected to continue through the week, with another chance of snow/sleet forecast for Tuesday night and again on Wednesday night through Thursday morning. Low temperatures will hit single digits across northern parishes, with high temperatures slightly below or slightly above freezing.

There are numerous concerns about impacts on marsh fishing. The 1989 arctic plunge resulted in massive fish kills of redfish and speckled trout, along with other inshore species. While some kills are anticipated, it probably won't be nearly as bad. First, the 1989 event took place when water temperatures were still mild and many fish were still in shallow water. Most fish were trapped and unprepared phyisologically for the traumatic change. This event comes late in the season when fish have moved to deeper water and become adjusted to cold water.

Freshwater impacts. While fish kills are extremely rare due to cold weather, there will be a negative impact. Sacalait (crappie) and bass were making their pre-spawn movements as water temperatures were moving into the 60s. As of Sunday afternoon, water temperatures at Cotile Lake were in the 40s up to 10 feet deep! With another week of very cold weather ahead, it could be as late as April in some parishes before we see bass spawning.

Coldwater fisheries. For Louisiana fly anglers who frequent the tailwaters of Oklahoma and Arkansas for trout (rainbows, browns and others), great news. Oklahoma and Arkansas will have seen considerable amounts of snow, along with extremely cold nights and wind chill effects. That means the deepwater reservoirs will supply tailwater streams with cold, highly-oxygenated water well into late summer. Should be a banner year for trout fishing!