March - a month of transition 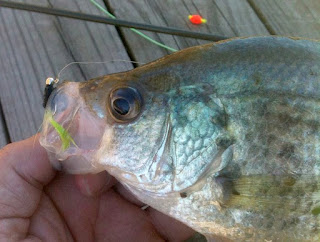 Depending on where you fish, this month will either be gangbusters early or very late or even subpar from now through summer. Let's explain.

Last summer, hurricanes Laura and Delta wreaked havoc on southwest Louisiana causing massive damage to property and natural resources. There was a serious saltwater fish kill in the Calcasieu estuary, and a massive freshwater fish kill in the Calcasieu River, Bundicks Lake, several smaller lakes such as Fullerton, and in the Laccasine marsh. Fortunately, waters further east were spared.

Then in February, we had the Great Winter Storm of 2021. North and Central Louisiana got hit with record cold temperatures and heavy accumulations of snow and ice. Many areas were below freezing for 72 hours or more.  Water temperatures plummeted from the low 60s into the upper 40s and have yet to return to normal for this time of year.

Fortunately, there were only a few minor fish kills reported from the freeze. Nothing close to what happened in Christmas week of 1989.  However, those few kills occurred in the Black Lake area of the Calcasieu estuary. An area already hit hard by the hurricanes.

As a result, we have seen reports of fantastic fishing - fresh and salt - along all of southeast Louisiana. Better areas include Black Bayou, Manchac, Lake Verret, Lake Boeuf, Delacroix, Golden Meadow, Pointe-aux-Chenes, Port Sulphur, and parts of the Atchafalaya Basin. Top catches have been for speckled trout, sacalait (crappie) and pre-spawning bass. Sheepshead and redfish have also been very good to flyrodders.

Conversely, reports from central and northern parishes and southwest parishes have been slow. Crappie are still deep and bass have not yet moved to the shallows. Toledo Bend seems to be the exception, where some great catches have come in the last week out of the popular Blue Hole area. If you go there, make sure it's a weekday and get there before the armada of boats show up!

Of course, March is a transitional month. Freshwater fishing will only get better as the month goes along.  That includes all areas of the state. Despite the cold waters nows, it's very possible we'll see bream bedding up in the next 2-3 weeks. Remember that the biggest bream of the year - bluegills and redear sunfish - are early spawners.  They often bed a little deeper than the late Spring fish, so plan on having several weighted flies in your box.

Meanwhile, if you're looking for deep marsh action on speckled trout, now is the time.  That action will subside as we approach April and the fish move into the bays and lower estuaries to begin their spawning ritual.