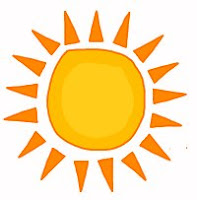 The Summer soltice may not be until June 22nd, but seasons in Louisiana are always a few weeks early. Memorial Day weekend is the start of "90-90-90"... 90 days of 90 degree high temperatures and sometimes humidity up to 90 percent. Enjoy the June breezes because come July they go away and the sweating kicks up a notch.

The weatherman doesn't have to work hard this time of year, except when the occasional tropical storm pops up. This year, the National Hurricane Center and NOAA's Climate Prediction Center are calling for a near-normal Atlantic hurricane season. That means to expect between 9 and 15 named storms (winds 39 mph or higher).  Of those, anywhere from 4 to 8 could become hurricanes (winds 74 mph or higher), and 2 to 4 major hurricanes (winds of 110 mph or higher).

By contrast, in 2018 there were 15 named storms, of which 8 became hurricanes, and 2 became major hurricanes.  None hit the Louisiana coast. Tropical storm Gordon in early September came closest, hitting the Mississippi Gulf Coast.

With SweatFest, comes an emphasis on summer safety. Summer sun and heat brings many dangers to anglers. Heat stroke is the number one threat. Bring an ice chest or cooler tote bag with water and/or sports drinks to stay hydrated. The sun itself is a threat, but does its damage over time. Skin exposed to high UV radiation months can lead to skin cancer. Protect your skin by putting on a high-SPF waterproof sunscreen before you get on the water. Wear long sleeve breathable shirts, a rim cap or a bill cap in conjunction with a gaitor (buff). Always were some type of cover for your feet.

Also be aware that thunderstorms can be a daily occurence in summer. At the first sign of towering  cumulus clouds, start making your way back to the launch (especially if you're in a kayak). Lightning can strike from eight miles away, so waiting for lightning to approach is not a smart option!
Newer Post Older Post Home