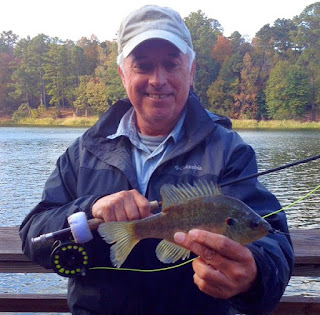 On Friday, President Trump signed House Joint Resolution 28, which provides short-term fiscal appropriations to fully fund all branches and departments of the government through February 15th. It ended the partial government shutdown that affected several agencies, including the U.S. National Forest Service.

Shortly after the bill was signed, the Kisatchie National Forest offices began re-opening several recreation areas that had been closed. Many of the lakes and ponds in these areas were inaccessible during the shutdown, but will be open now until February 15th - or longer if Congress and the White House come to terms.

Bank and non-motorized anglers in northwest and west-central Louisiana were delighted at the news. Below average temperatures and much higher than normal rainfall has affected many lakes in these areas,  resulting in muddy to stained water and sluggish fishing. By contrast, most of the KNF waters have fairly decent water.
Newer Post Older Post Home