Orvis Baton Rouge to host IF4 on April 6th 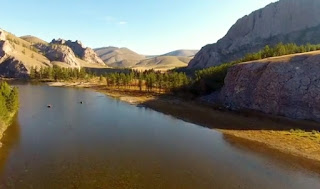 We reported that the New Orleans Fly Fishing Expo is April 6th. Later that evening, there's another big fly fishing event up the river in Baton Rouge, when Orvis hosts the International Fly Fishing Film Festival (IF4).

Unlike the Fly Fishing Film Tour (F3T) - which has made several past showings in Louisiana - the IF4 is a stranger to these parts.  Like the F3T, the IF4 is a series of short films celebrating the sport of fly fishing, by chronicling epic trips, sharing the kinship of anglers and friends, and taking us to places we could only dream of.   If there's a difference between IF4 and F3T, it's that IF4 is more, well, international.

Orvis has exclusive rights to the IF4 in Louisiana, so this showing is it. There will be food and beverages at the event, much like there has been when Orvis hosted the F3T in the past.  All proceeds from this event will go to the Coalition to Restore Coastal Louisiana.