IFTD Sells Out in Record Time 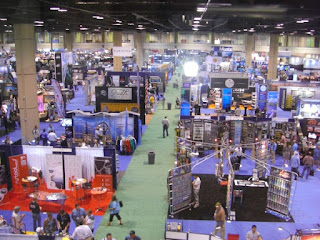 The week of October 16-18, 2019, the American Fly Fishing Trade Association (AFFTA) will host the International Fly Tackle Dealer Show (IFTD) at the Denver Convention Center in Colorado. For the first time in 10 years, the show will not be co-joined with ICAST, the world's largest fishing trade show.

When the decision was made to separate, it was met with some concern about exhibitor interest. Well that concern is no longer. Earlier this week, AFFTA announced that all of the exhibitor booths for the show have been sold, and that a waiting list is already in progress.  It marks the earliest that IFTD booths - separate or with ICAST - have been completely booked.

Acccording to AFFTA President Ben Bulis, the decision to move the show to Denver was to make it more geographically convenient for retailers. ICAST will continue to be held in Orlando for the foreseeable future. While IFTD gives retailers and media a look at all product lines, it's also the event at which new products are introduced and showcased.
Newer Post Older Post Home