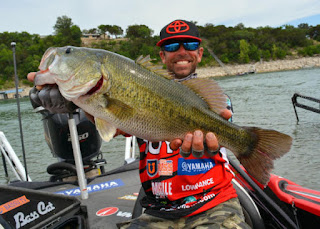 On October 12th, the Nat Geo WILD channel will premier a new series - featuring professional bass angler and TV personality Mike "Ike" Iaconelli.  "Fish My City With Mike Iaconelli" follows the Ike-man as he travels to some of the world's largest cities in search of urban fishing adventures - as well as partaking in the local history and culture.  The six-part series includes stops at Austin, Miami, New York, Taipei, London, and New Orleans.

The New Orleans episode airs on October 19th.  The Crescent City is always a special place for Iaconelli as he won the Bassmasters Classic here.  He'll be in search of three of the city's most iconic fish species.  According to the press release, Ike will be dealing with challenging weather conditions, unusual happenings in the city's flood control system, and a "fearsome historic predator that can grow to 10 feet long". Wonder what that could be?  We'll guess that among those three species is either rios or redfish or both.