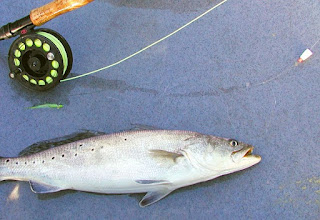 Yesterday at their October meeting, the Louisiana Wildlife and Fisheries Commission adopted a Notice of Intent (NOI) to change speckled trout regulations.

When adopted, this rule will become statewide, removing the separate regulations in coastal western Louisiana.  The Commission’s adoption of an NOI is the first step in promulgating a final rule, which is usually adopted in 90 days. Comments to the proposed rule may be submitted before December 30, 2022. The full notice of intent can be found here:
http://ow.ly/SvVo50L3FZe

At the Commission meeting, biologist Jason Adriance reiterated some of the data given since the issue of recruitment failure arose three years ago. He also addressed some of the comments received during the past weeks. With regards to concerns that increasing size would result in much greater propotional harvest of females to males, his data showed that increasing to 13.5 inches would only result in a 3 percent increase greater harvest. With regards to concerns that guide limits contribute to a substantial harvest, the data showed that eliminating guide limits would have less than 1-percent increase in spawning biomass.

Adriance pointed out that we are at our lowest proportion of age 3+ fish in the history of stock assessment, with only 5-percent of female trout reaching age 3. This is critical because, at age 3 or roughly 14 inches, all female trout have spawned at least one season, and in some cases, 2 seasons. At 13.5 inches and a 15-fish limit, the increase in spawning stock would be 20 percent – the goal needed to recover to above the conservation standard.

Nearly all of the 20 persons who commented after the presentation were in favor of a 15 daily bag limit. There was approximately 2-to-1 in favor of keeping the minimum size limit at 12 inches. Many of the respondents stated that Louisiana needs to fix the problems that are causing reduced numbers of trout and even redfish. As pointed out by Commission members, these are beyond the scope of LDWF and will likely take much longer to resolve, and for now, changing limits is the only viable solution.

LDWF will receive comments over the next 90 days before a final action is taken.  We strongly encourage our readers to send their comments to LDWF in support of a 13.5", 15-trout limit.